In the Mouth of the Wolf: A Murder, A Cover-Up, and the True Cost of Silencing the Press, by Katherine Corcoran 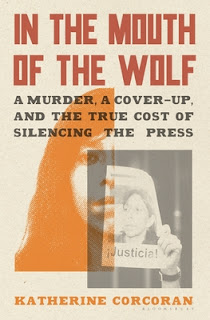 "A society without truth is a scary place to live."