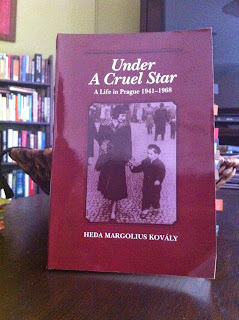 There were times while I read this book that I was appalled, but quite frankly, there were times when I could seriously understand why some people made the choices that they did. While Under a Cruel Star is a very personal story, it can also be seen as an exploration of human nature under the most arduous and extreme conditions.   You can also read it as an understanding of how the best of idealistic intentions can often result in a nightmare.  It is also a study in the effects of totalitarianism on everyday, average people who, because of the need  to survive in an atmosphere of complete fear, often feel compelled to choose self-interest over the welfare of  fellow human beings,  keeping their heads down and getting on with their lives. Thankfully, there were others who chose not to go that route, or the author and countless others like her might never have survived.  I don't often read memoirs but as difficult as this one was to get through at times, I'm very happy I did. Highly recommended.
Posted by NancyO at 2:30 PM