The Boy Kings of Texas: A Memoir, by Domingo Martinez

The above song, translated and quoted in its entirety in the prologue of this book, was, according to author Domingo Martinez,  "an unofficial anthem for the Mexican farming class in the 1970s and 1980s, a song which was popular on the Texas/Mexico border, and "the paean of machismo, the topographical map of the rural Mexican male's emotional processing." The song was "the source code" for all that Martinez, who himself was always on the outside (afuera),  was hoping to escape -- a long list of ills, all "wrapped in a deep, all-consuming appeal to be accepted, protected by an ever-ready defensive, fighting posture."

The Boy Kings of Texas is its author's first book, and was nominated for this year's National Book Award for nonfiction. It  captures Martinez's experiences growing up in Brownsville, Texas in the 1970s and 1980s,  then goes on to his life after leaving Brownsville.  The author details his upbringing in a family in this border town where cultures can't help but collide, and where the ever-present culture of machismo -- which in Martinez's case isn't limited just to the males in his family  -- came to have a huge impact on his life. Later, as an adult,  this would be most evident in his relationship with his brother Dan, who, as the oldest, was brought up to be the main 'boy-king' in charge of protecting the family's honor as well as his siblings.   What is striking is not only the book's unflinching honesty and its rawness, but also the way in which Martinez tries to understand what lies underneath the way he and his brothers and sisters were raised.  His story goes back in time to when his grandmother was young, then into his father's childhood where he too was raised to be a "boy king" and how place, circumstance and culture helped to shape his mom and dad as individuals and as parents.  As he weaves their stories into the picture, Martinez also adds some heartbreaking, but often funny tales of his childhood and adolescence, where he realized pretty early on that he didn't exactly feel like he fit into the macho world of the barrio, an acknowledgment that would follow him throughout his life. 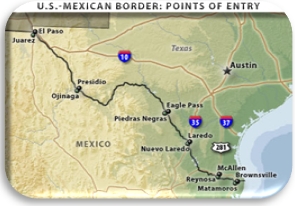 Unlike most memoirs or autobiographies, Boy Kings of Texas is not a straight point A to point B account of his life; it tends to read like a series of short stories that move around in time. Sometimes the author starts out with a thought,  is then reminded of something else, and then moves backward or forward eventually getting back to where he started. The book's pages are filled with multiple fights that see blood being drawn,  but the violence is somewhat tempered by his insights, with his sometimes funny anecdotes, and by his affection toward his extended family that is there even as he's presenting his readers with their faults.

While it's obvious that Martinez is a fine writer, there are plenty of times where the book sort of drags as you wait for him to get back to finish up his tangential discussions and return to the main thrust of whatever it was he was talking originally talking about.  He has this habit of taking a roundabout way of getting to things much like he's sitting across from you telling you a story, and has to throw something else in to explain what he's eventually going to tell you.  I was well into the first 100 pages or so before I became comfortable with his storytelling style, so it does take a bit of getting used to.   Also, while the story is set squarely in the barrio, its surrounding environs or even across the border in Mexico, it's energetic, crazy, and really filled with life, but once he moves to Seattle, it's much less vibrant. In Brownsville Martinez lives in a world that readers like myself who didn't grow up there have likely never experienced and that's part of the allure of the book.

I liked it with only a few reservations, and although the reader reviews seem mainly positive, I seemed to have enjoyed it much more than a number of readers did.  I've seen a quite a few reader reviews calling it "whiny," and one Amazon reader seems to have missed the point of the book altogether slamming Martinez for writing about his family trying to be white.  Well, let me say this: Boy Kings of Texas didn't at all come across as whiny to me; and while there is quite a lot of airing his family's linen in public, that's not the overall thrust of this book.   If you don't want to read about fights (another complaint that probably lowered the book's star rating for some people) or drugs or about a hardscrabble life of wearing hand me downs or about growing up in the barrio, then obviously this one isn't for you. If you want something very different with a lot of color, and you're at all interested in a unique way of life, then give it a try. I would definitely recommend it to anyone interested; I mean, seriously ... everyone's got a story to tell and this one is not only engrossing but entertaining as well.

Email ThisBlogThis!Share to TwitterShare to FacebookShare to Pinterest
Labels: biography/memoir