Another excellent Crown release: The Good Spy: The Life and Death of Robert Ames, by Kai Bird

arc from the publisher, thank you!

Crown Publishing is definitely on a roll with great books -- first with Ben Macintyre's A Spy Among Friends (which comes out in July) and now Kai Bird's The Good Spy.  I can't wait to see what nonfiction they come out with next.

In his Art of War, the Chinese strategist and general Sun Tzu once offered some very good strategic advice about knowing your enemy, something like "If you know the enemy and know yourself, you need not fear the result of a hundred battles. If you know yourself but not the enemy, for every victory gained you will also suffer a defeat." (from Wikiquote).  In The Good Spy,  Robert Ames is presented as a man who understood that logic in his work in the Middle East -- he spoke fluent Arabic, had an in-depth knowledge of the area's history,  and understood the people and where in their minds they were coming from. He knew & understood the differences among various peoples in the region, and didn't lump them all (as modern people are prone to do) into one group simply known as Arabs.  He also loved his work, and was a major player in the practical ops arena, making contacts whose knowledge was invaluable to American policy makers, even though the folks in DC didn't always follow his advice or had their hands tied because of past promises made. He was a the kind of agent who believed that up close and personal was a much better tactic for cultivating sources and gathering information than the buying of informants or later, the dependence on surveillance provided by gains in technology.  Ames was also a man who understood grievances and how past history continues to play a major role in the present, probably the most valuable lesson of all which sadly to this day often goes unheeded.  The author notes about Ames that


"He fell in love with the Middle East, its language, its rhythms, and its deep sense of history and place."

His "sense of human empathy" eventually opened up a number of vital intelligence channels that provided the US with critical information.  As an example, he was in long-term contact with Ali Hassan Salameh, one of Yasir Arafat's trusted men who headed Force 17, the PLO's intelligence agency, and through him, with Arafat himself.  Ames' communications with these men was often crucial to the protection of US interests in the area  at a time when American policy officially forbade contact between US diplomats and the PLO, but not always well received  because of the school of thought linking  U.S. interests and its "rote support of Israeli behavior."  To their credit, however, many of the higher-ups in government understood the necessity of keeping Ames' PLO channel open. Ames was also active behind the scenes after the overthrow in Iran of the Shah.  Along with an agent from the CIA, Ames targeted more "moderate" members of the Khomeini government as possible channels for information, sharing  U.S. intelligence with these people as a show of American sincerity -- but of course, that was all made moot with the taking of the American hostages by militants in 1979.

However, I have to say that the most eye-popping part of this book, for me, was the link between the Israeli invasion of Lebanon in 1982 and rise of fundamentalist Shi'ites in the Middle East.  According to the author,  Israel's invasion of Lebanon in 1982 and the horrific Sabra and Shatilla massacre that followed in the wake of the pullout of the PLO was a defining moment as far as understanding current events in the Middle East.  Prior to this moment, a promise had been made by the Reagan administration that when Arafat and the PLO left Lebanon for Tunisia, American peacekeepers would be left behind to guarantee the safety of the Palestinians left behind in refugee camps. But Caspar Weinberger decided they weren't needed, so ordered them to pull out.  Within hours, despite Israel's promise to the US that they would not be moving into the "heart of Beirut," the Israelis came in, violating an existing cease-fire agreement.  Then began the "relentless slaughter" by Christian Lebanese forces in the refugee camps while the Israelis stood guard. 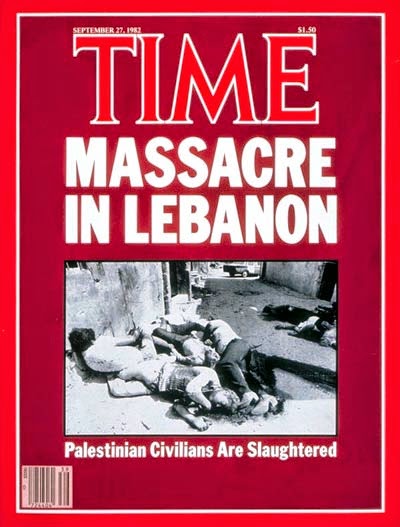 The current secretary-general of Hezbollah states in this book that had it not been for the Israeli invasion, he doesn't believe that Hezbollah would exist today. The invasion, according to the author, "created a new political force called Islamic Amal, an organization that later morphed into what we know today as Hezbollah, the Party of God."  Literally thousands of Lebanese people were killed, and people who before this event just wanted to live in peace as much as they possibly could under the circumstances took  the radical road. One CIA analyst notes that "the Israeli invasion unleashed the Shi'ites," one of whom was an Iranian with contacts with the IRGC (Iranian Revolutionary Guard Corps), the "Army of the Guardians of the Islamic Revolution." I'm starting to get a glimpse of why these people hate Americans so much. Seriously.


Ames' life and work, the glimpses behind the scenes at politics and policymaking are all very well portrayed here, and while I'd never heard of Robert Ames before, there may be some small merit in the author's thesis that when Ames was killed in the 1983 bombing of the US embassy in Beirut, a sizeable chance for peace in the Middle East died along with him. He had the both the ear and the confidence of valuable players,  he worked tirelessly to help put out flames before they became raging fires, and gave up much of his family life in the interests of peace.  However, there are just way too many other factors in play, extant even before 9/11, besides the death of this man that may have killed the hopes for peace and stability.  Nevertheless, A Good Spy is a most excellent read, and it is definitely a book  that  a)I'll never forget b) I urge everyone who has an interest in trying to understand the current situation in Middle East to get a copy of and c) has definitely spurred my interest in further reading.  Kudos to the author, and my thanks again for my advanced reader copy from the publisher.