So, you don't know who Randolph Stow is? Neither did I, but I still liked this book: Moving Among Strangers: Randolph Stow and My Family, by Gabrielle Carey

A few months back while blurb-reading through the longlist for Australia's Stella Prize, the blurb of Moving Among Strangers caught my eye. I have no idea why -- I had absolutely no clue who Randolph Stow was, so really, my interest probably shouldn't have been so piqued.  But it was as if this book somehow managed to exert some strange, weird pull on me and all I know is that I had to have it.  While Randolph Stow, his writing, and his feelings about being a writer in Australia are all  certainly a big part of this book, it is also a very personal sort of memoir of the author who, because of her interest in Stow, comes to understand more about her mother and father, and finds herself reconnected to long-absent members of her extended family.  It is indeed a little gem of a book that combines her own family story to the story of this writer who penned the line  "we are here as shipwrecked mariners on an island, moving among strangers, darkly." As I read through her memoir, this line out of Stow's The Girl Green as Elderflower (one of two epigraphs) came to take on a surprising amount of meaning in both lives.

The author had been (and still is) a long-time admirer and devotée of Stow's work. While Joan (Ferguson) Carey, the author's mother, was dying from cancer, Gabrielle sent author Randolph Stow a card to let him know.  He and Joan Carey had known each other  a long time, since his "age was in single figures." In his return note that arrived after Joan's death, he mentions her nursing job at Geraldton, her marriage to Gabrielle's father Alex, her favorite ballerina, and the time Joan "met Alex again (accidentally on a park bench)." Gabrielle realizes that in this brief note, he's told her things that she herself did not know about her mother. For example, he notes that when he was a schoolboy and later an undergrad, Joan's letters "from London were like a window on the world."  While pondering why her mother would write to "a young man, an adolescent thirteen years her junior, who wasn't a relation," she also comes to the understanding that Stow knew much more about Joan than Gabrielle did -- maybe he knew more about her family than she knew as well.  He'd left a phone number, but because of her mental state after the death of her mother, she never called him, and  he died about a year later.   In 2010, while attending a memorial event for Stow, she is reunited with cousins from her father's side of the family, who ultimately became instrumental in helping her  make some incredible, previously-unknown and  personal discoveries about her parents.  As she notes,

In the process of  revealing her discoveries about her parents, Carey also writes that  "family stories are full of secrets," and makes the point that whoever is the "trusted narrator" owns the "official version" of those stories. In her case, as she was to realize, there was another "completely different story."  She finds the same is true with Stow -- especially when she traveled to Harwich, England, where he had lived out his final years, finding "two versions of Stow ... in one small pub."

All through her own personal and family narrative, she inserts bits and pieces of Stow's story, talking about his writing, and how his life experiences, the landscape and the people helped not only to inspire his work, but how parts of all of these came to be included in his books.  She also notes that critics and readers were "bothered" by Carey's "search for spiritual meaning" in his books, because "Australian critics were not receptive to the exploration of religious ideas in fiction."  While English critics found much to admire in his Tourmaline (1963) for example, Australian critics rejected his "gift -- of fable and poetry combined with realism."  One scholar later stated about Tourmaline that at the time of its publication,  it was "too austere, too truthful, ... too much in opposition to a whole set of beliefs and attitudes by which Australians had come to domesticate the outback." His writing also reflected his fascination with the tragedy of the shipwrecked Batavia, seeing in it "something very significant about Australian history and mythology," .... images of Australia both as a prison and as Eden, themes that were reinforced in his work.   Stow eventually moved to the  UK as a sort of self exile, and never came back. 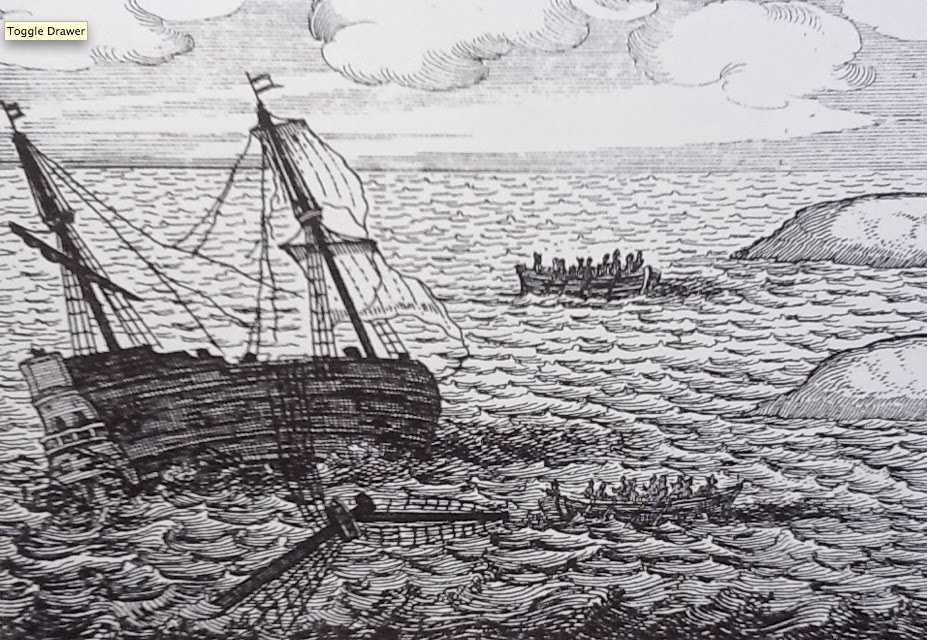 Obviously there's much more about this book that I could write, but it should suffice to say that it is truly a wonderful little book. I was surprised to learn, after having read this book and looking up Stow's obituary,  that he'd won the Australian Literature Society's (ALS) gold medal for his collection of poems entitled Act One published in 1957,  and that he'd also won the Miles Franklin award as well as another ALS award for his novel To the Islands, published in 1958.  I don't think that this info came out in Ms. Carey's book. But,  considering that I had no clue who Randolph Stow was when I first picked up this book, by the time  I got to Ms. Carey's  description of  coming upon the location of the original merry-go-round by the sea in Geraldton, I was actually compelled to buy a copy of Stow's book of the same name.  Moving Among Strangers is  a lovely book that has a bit of a painful personal edge throughout that a reader can't help but to notice, offering a much more in-depth experience than say a straight-out biography of Stow would have.   Ms. Carey also expresses herself in a straightforward way so as to make her book extremely reader friendly and accessible.  I am not a big memoirs person, but truthfully, given that I was unfamiliar with the subject of this book,  I was completely engrossed in this book the entire time I was reading it. It is definitely a book I can most highly recommend.
Posted by NancyO at 4:04 PM